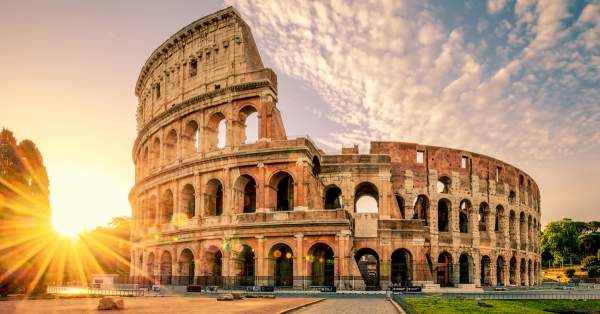 Dogma: point of reference among the Detective Agencies in Rome

Market analysis on the Investigative Agencies in Rome

The Financial Analysis Division of DOGMA has analyzed the market trends of the investigative agencies located in Rome, widening the picture throughout the national territory.

The last decade has witnessed a radical change in the presence of Investigative Agencies on the Italian sole. Precisely, between 2007 and 2017, there was a significant drop in the number of investigative agencies, which from 2,838 decreased to 1,521, with a diminution of 46%.

By contrast, the Region of Lazio has shown an increase in the number of the Agencies present on the territory, that from 185 recorded in 2007 have become 203 in 2017, of which 163 only in the province of Rome.

In particular, what has changed over the last 10 years is the number of requests made by companies and private individuals. The reason of such increase is that the Investigative sector has been able to adapt to the ever-increasing level of professionalism sought.

The recent legislation on investigative agencies (Ministerial Decree n. 269 of 2010) and the approval of the Code of Conduct for lawyers and private investigators (provision of the Italian Data Protection Authority No. 60 of 2008), have contributed to stimulate a relevant professional and organizational growth of the private investigative sector.

Dogma: point of reference among the Detective Agencies in Rome

Over the years, Dogma has been perfectly able to interpret and satisfy the professional change and the needs of its customers, with transparency and professionalism. Precisely for this reason, Dogma has remained at levels of continuous and constant growth.

The opening of the new headquarters of the Investigation Agency in Rome demonstrates, once again, the ability to broaden the scope of the investigative activities, through a widespread branching throughout the national territory. The new Office is also an important point of reference and coordination for the Central and Southern Italy area.

Dogma, the first Investigative Agency in Italy to have set up a Division of Investigative Psychology, is able to offer complete and in-depth Intelligence and Investigation services, thanks to a multidisciplinary staff composed of over 30 professionals, especially IT, legal counselors, psychologists, investigators and experts in criminology, forensic science and security management.

Private and corporate investigations: data from the Rome Office

At the Rome office, around 60% of the cases concerns corporate investigations. Of these, a significant percentage involves Due Diligence Research and Analysis, and is performed with the aim of supporting the decision-makers of our Client Companies in the choices and strategies to adopt, to optimize their business and choose their business partners or the best investments to make.

The hard core of corporate investigations remains, to date, the part relating to the violation of the obligation of loyalty pending upon employees. Indeed, more than 65% of the corporate investigations conducted in this area concerns the verification of violations and abuses committed by unfaithful or absentee employees, in order to allow the company to protect its assets by licensing them for just cause. In this context, the most frequent cases treated by the Rome Office are represented by false diseases, false accidents, abuse of permits under Law 104, acts of unfair competition and thefts in the company.

Although Dogma has established itself as a point of reference for companies, playing a key role in Italy in the field of corporate investigations, our investigative agency is, at the same time, always close to the needs of private citizens, who remain the heart of our work.

Nearly 40% of the services managed by the Rome Office have been carried out as part of private investigations. As far as the investigations relating to this sector are concerned, about 45% of these are cases of conjugal unfaithfulness. Another important percentage, constantly growing following the most recent and innovative jurisprudential guidelines, is represented by the investigations conducted with the purpose of finding evidence that can be used in court in order to request a revision of the alimony.

Furthermore, in parallel with the alarming increase in the use of drugs and alcohol already at school, as well as the alarming exponential growth of the phenomenon of bullying, there is a sharp increase in investigations concerning the so called "Minor control".

Indeed, the number of parents who mandates us to protect their youngest children in moments of particular difficulty is very high, always finding a valid support in our qualified and multidisciplinary staff, which over the years has proved capable of responding with success to the needs of all our customers.

Call the toll-free number 800 750 751 to immediately receive an estimate and a free and confidential advice, or, use the form on the page to send us a request

You can also activate your online investigation easily, securely and from anywhere. Find out how on the dedicated website.